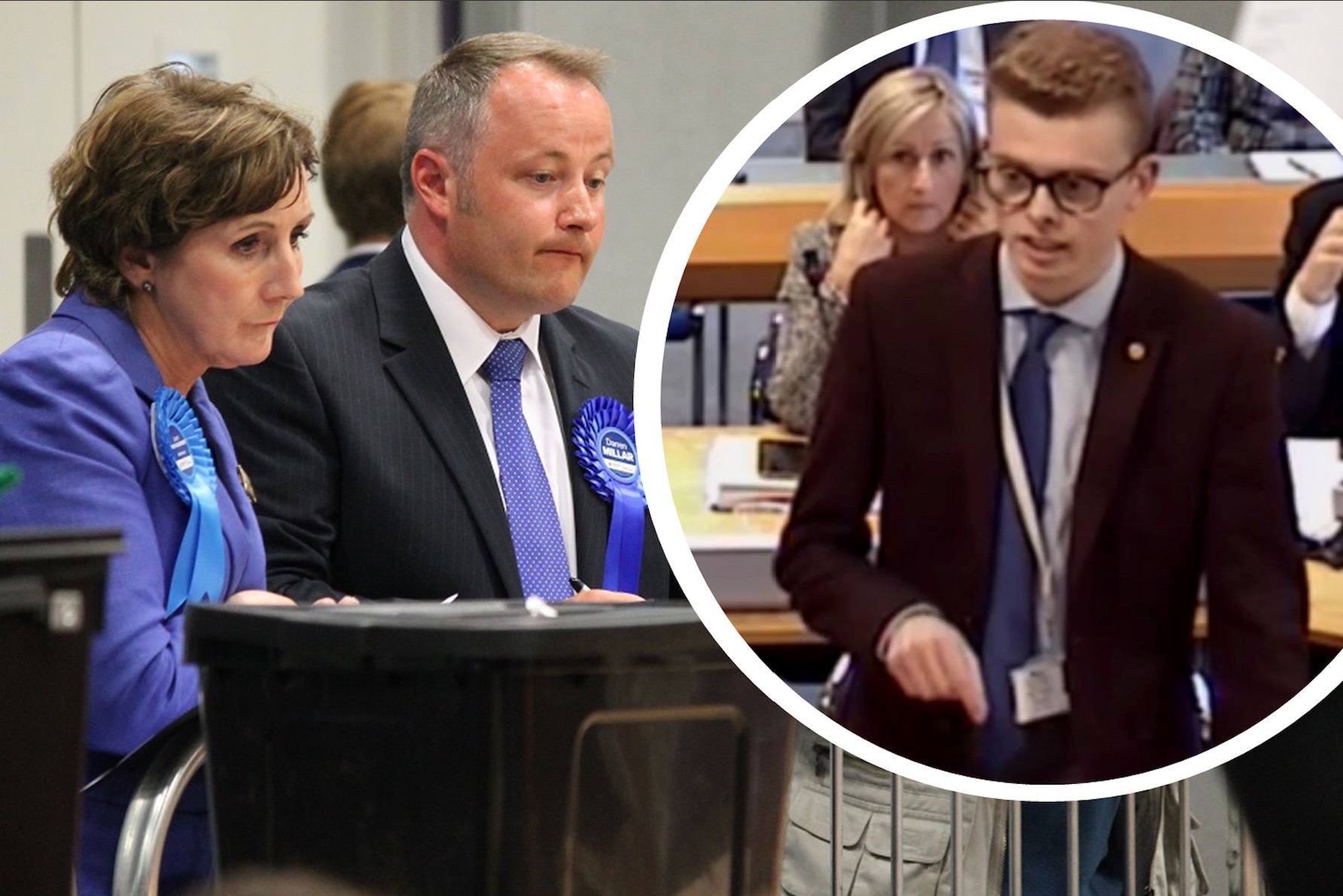 People in Aberconwy will be livid with the latest Tory attempt to whitewash wrongdoing by their party members.

Janet Finch-Saunders, the area’s MS, today chaired a meeting of the Senedd Conservative group that backed the party leader and another colleague after they got drunk at a party during lockdown.

Mrs Finch-Saunders insulted everyone in her constituency who had been following the rules to protect others during the lockdown, a leading councillor has said.

This week it emerged that two Conservative Members of the Senedd and one Labour MS held a party in a bar at the Welsh Parliament and had to be thrown out by security at 2am.
The party was held just days after pubs, restaurants and hotels were forced to shut their doors to protect public health during the pandemic.

Cllr Aaron Wynne, who is standing against Mrs Finch-Saunders in May’s Welsh general election, condemned her for backing the actions of the senior Tory politicians.

He said: “People are rightfully feeling let down. The appalling behaviour of the partygoers is bad enough but for Janet Finch-Saunders to make light of the situation is pathetic.

“Families haven’t seen their loved ones for months - some nearly a year - yet these Tory and Labour politicians think they’re above everyone else and think it’s alright to get drunk at a party in our parliament.

“Mrs Finch-Suanders actions in backing these clowns will be especially sickening for all the hospitality businesses in Aberconwy. These businesses are really struggling after doing their bit to protect public health. If they can do so when their livelihoods are at stake, why can’t these politicians do the same and show some self control?

“The people of Conwy deserve better leadership in a time of national crisis. Darren Millar should apologise and resign.”