Councillor's call to help the 'world's most flooded football team' 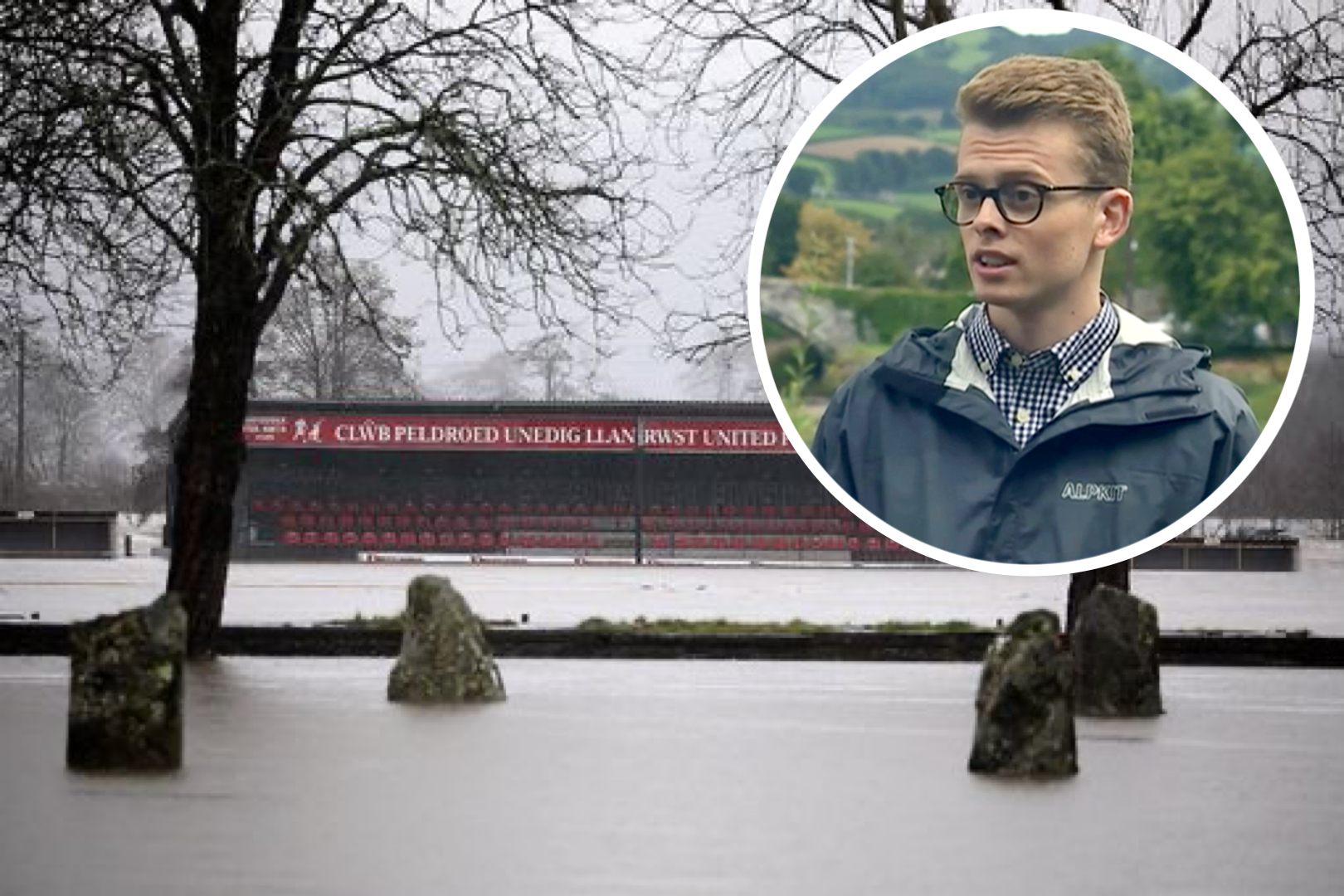 A councillor has called for the Welsh government to step in and support the 'world's most flooded football team'.

Councillor Aaron Wynne, who represents Llanrwst on Conwy Council, has called on the Welsh government to support Llanrwst United Football Club to "secure the club's future."

Cllr Wynne made the call following yet another flood in the town.
Aaron Wynne said: "Llanrwst was again gripped by a flood following less than a day's worth of rain.

"Llanrwst Football Club and Gwydir Castle are constantly facing the full force of the Conwy river with no support forthcoming from the Welsh government.

"If we want to secure the future of our town's football club we need the Welsh government to step in and help. This is no longer sustainable for Llanrwst."

Chris Williams said: "We have noticed flooding is getting worse in Llanrwst in the last few years.

"We have always had flooding in Gwydir Park but it is definitely happening more frequently, we are getting water in our pavilion more and more these days, our pitch and pitch side fencing is getting damaged year after year and our members are totally fed up.

"It is unsustainable for us to carry on playing football in Gwydir Park as the costs and cleaning up is too much for our members."